LastActivityView is a tool for Windows operating system that collects information from various sources on a running system, and displays a log of actions made by the user and events occurred on this computer. 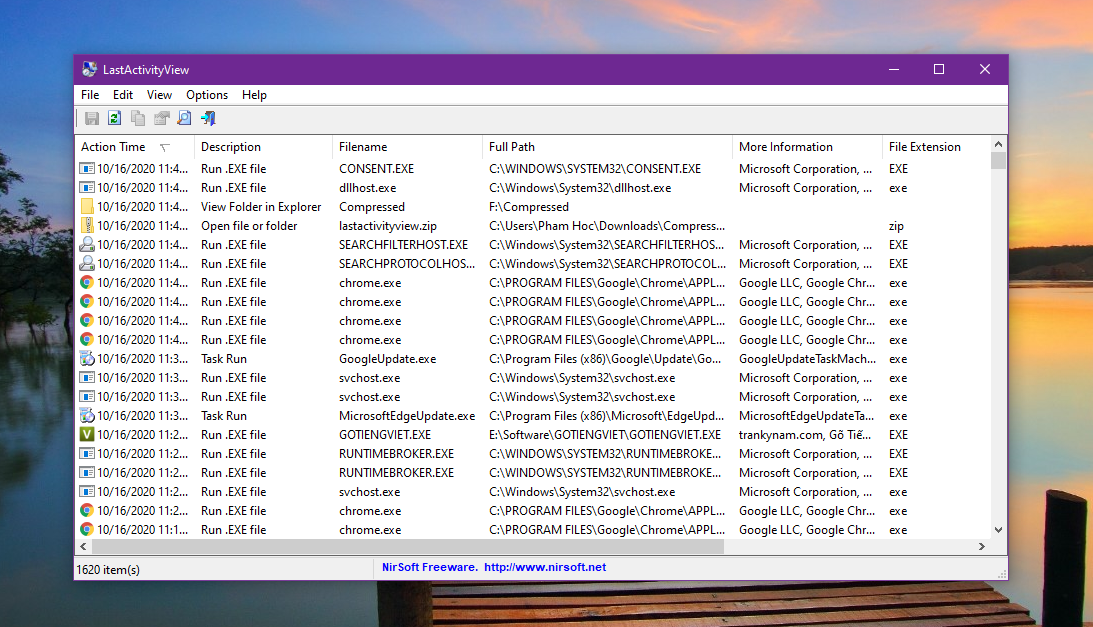 You can easily export this information into csv/tab-delimited/xml/html file or copy it to the clipboard and then paste into Excel or other software.

This utility works on any version of Windows, starting from Windows 2000 and up to Windows 10. Both 32-bit and 64-bit systems are supported.

Also, for every type of action/event, there is some limitation according to the way that the information is saved in the system. For example, the ‘Select file in open/save dialog-box’ action is limited for one action of every file extension, so if the user opened 2 .doc files with the open/save dialog-box, only the last one will be displayed.

The following actions and events are currently supported by LastActivityView:

If you have any problem, suggestion, comment, or you found a bug in my utility, you can send a message to nirsofer@yahoo.com