With Nokia Flash Tool now available, users can not only use it to flash their phones but also use it to dump firmware files from their phones.

Here you can directly download Nokia Flash tool which allows Nokia phone owners to install firmware manually. HMD Global, the brand behind Nokia, has been pumping out great value phones over the past few years. As its devices continue to get in the hands of more users and also, more developers, we are finally starting to see a strong modding community being built specifically for Nokia. A recent product to come out as a result is this great utility called Nokia Flash tool. Through this program, users can flash their Nokia phones with stock firmware, dump files and more. 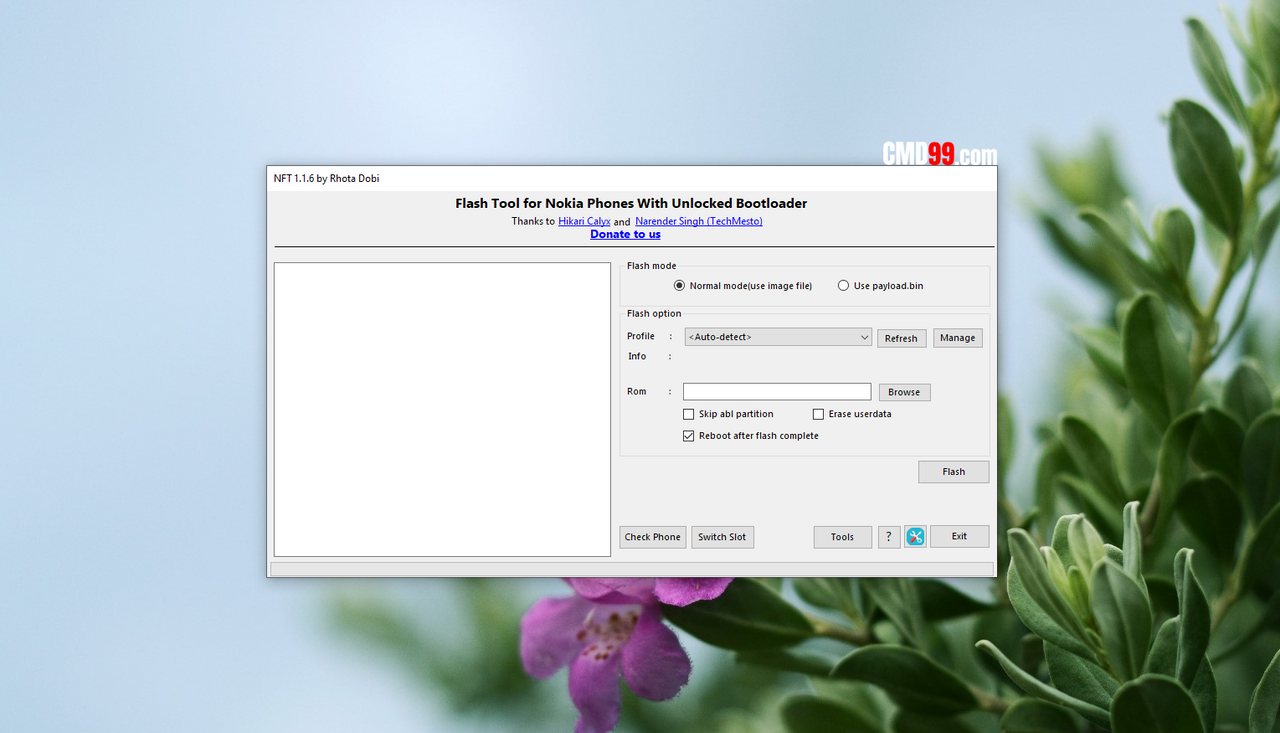 Whilst the firmware repositories aren’t as large as other brands which have been round for years, the growth is definitely there. With Nokia Flash Tool now available, users can not only use it to flash their phones but also use it to dump firmware files from their phones. For now, the developer has made the tool available only on Windows. We hope there is support for Linux and macOS down the road!

Nokia Flash tool for Nokia phones comes with several features. It supports various popular Nokia models, like even the new Nokia 7.2 and Nokia 6.2 phones. The features include being able to flash firmware files, create custom flash processes and also being able to dump partitions (requires root).

Some Nokia phones have an unlocked bootloader by default, so you can use this tool to update or change firmware on those phones.

Here is the complete feature list for Nokia Flash Tool: