Apple today released the third developer beta of iOS 14.2, which is being tested since last month, and now the company has also released iOS 14.1 GM to developers. 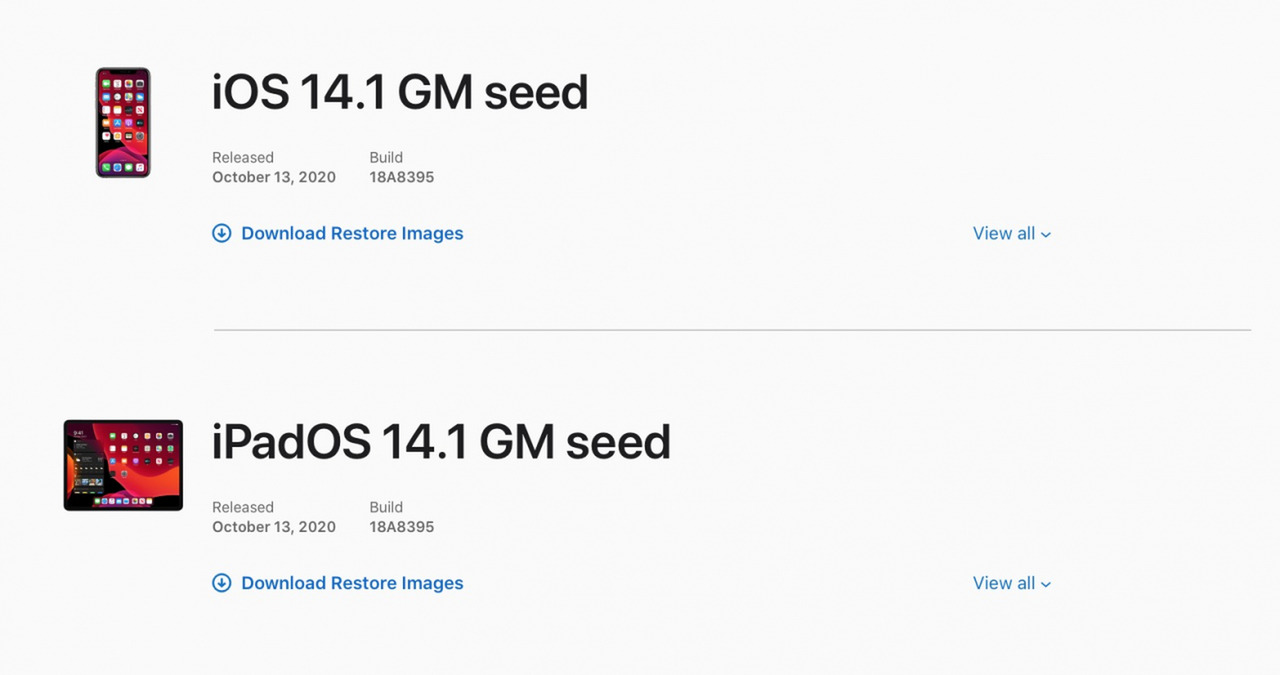 Apple mistakenly rolled out iOS 14.1 earlier today as a public release, but the update was then pulled from the Apple Developer portal and is now back as a GM build.

iOS 14.1 is the update that will come pre-installed with iPhone 12 next week, which means that iOS 14.2 with Shazam integration and new emojis will remain in beta for a while longer. With iOS 14.1, users will also find support for the new mini HomePod and other enhancements to the Home app.

Apple didn’t say when iOS 14.1 will be available to the public, but it will likely be available to all users sometime next week before the iPhone 12 launch. Since Apple is also offering iOS 14.2 beta for developers, iOS 14.1 GM is available exclusively through IPSW files on the Apple Developer portal.